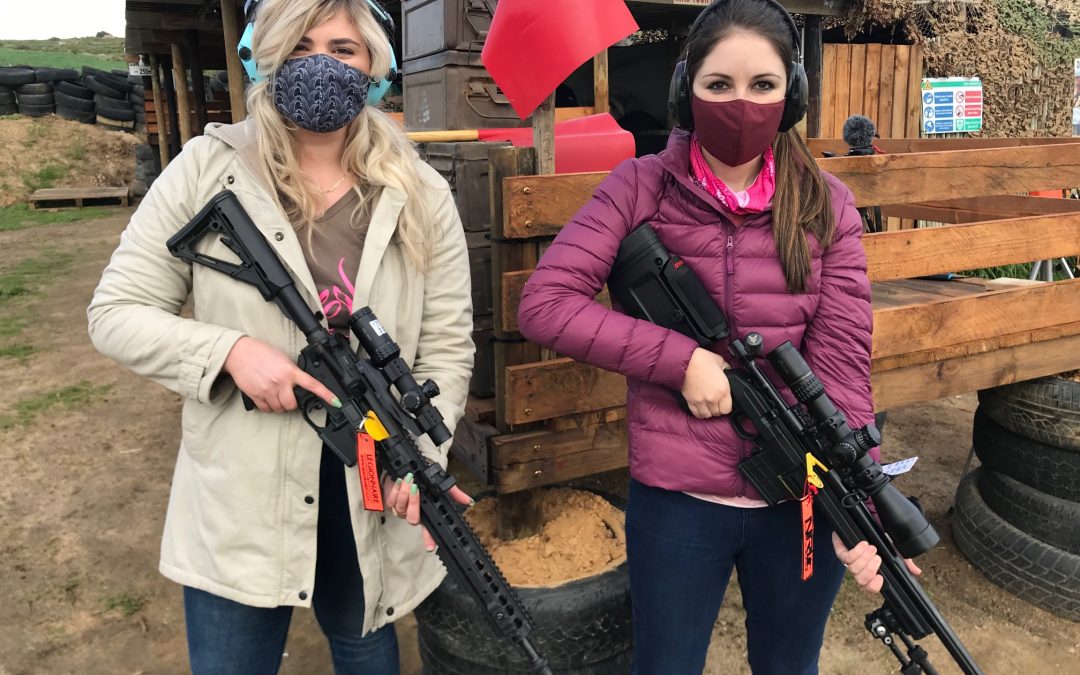 The sport of target-shooting requires concentration, self-discipline and great self-control. Being relaxed and focused is key to handling firearms.

Shooting at a mark as a test of skill began with archery circa 1300, long before the advent of firearms. Rifles were first used in warfare and later in hunting, but because of the shadowy early history of firearms, it’s not known when target shooting began. The earliest recorded shooting match – probably using matchlocks – is one held in Eichstäat, Bavaria, in 1477.

The training
According to range officer and chief instructor Geoffrey Coetzee, the heart of the package offerings involves close-quarter and defensive handgun training. “We’re fastidious about the detail, ensuring that participants learn how to use a firearm responsibly and make split-second decisions.

“Visitors either bring their own guns for target-shooting practice, or they can use our guns. It must be said that we have a collection that Tom Clancy would be quite envious of! We offer coaching and instruction for individuals and groups; basic to advanced training – target, clay & amp; scenario; refresher competency training, a firearm self-defence application course, combat and tactical training; a wide range of firearms and ammunition; advice; support; events; and competitions.

Geoffrey emphasised the importance of having respect for firearms and that developing competency in handling firearms was imperative in the South African context. “But apart from specific applications such as hunting, target-shooting is a whole bunch of fun.”