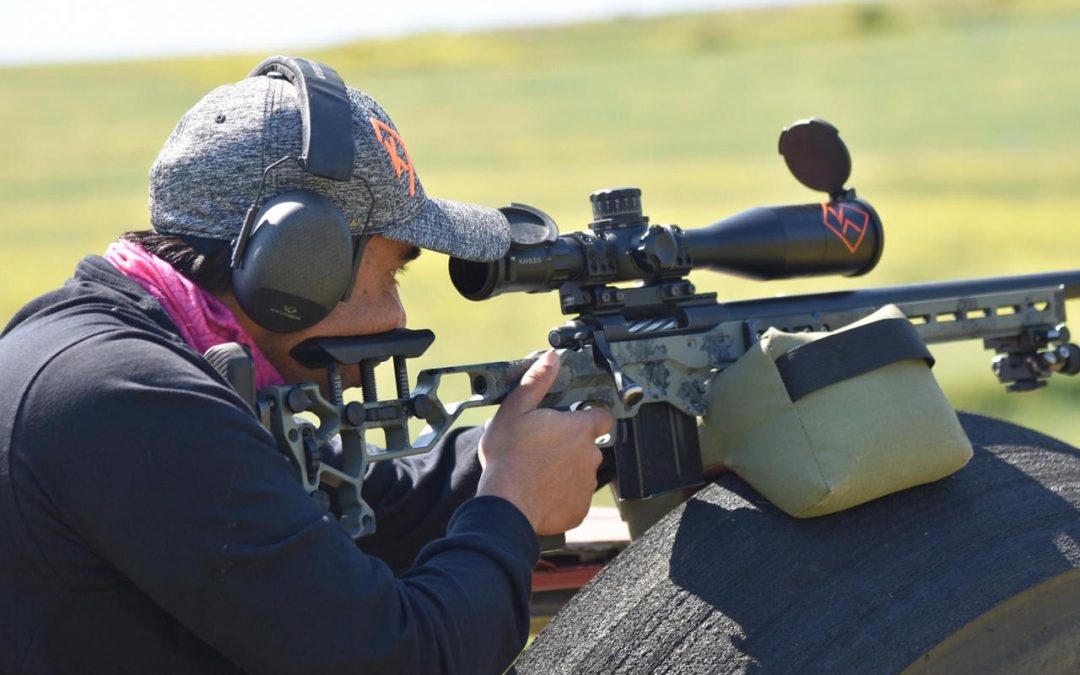 “With Precision Rifle Series, there is no set path to take in learning to shoot PRS style matches. For most people, the easiest and probably best way to get involved is to simply find a match near you, contact the match director and come along and join in the fun. The learning curve is very steep to start off with, but most shooters you’ll meet are extremely helpful and accommodating and will try to get you on target as best they can.

“Moreover, Precision Rifle Series (PRS) shooters in South Africa are a great bunch and most will go out of their way to assist you with the gear you don’t have and so on. So, importantly, don’t worry about the level of match.

“Precision Rifle Series is not a cheap sport, and unless money really is no problem, then it’s advisable to come along and try out the sport before blowing a small fortune on the gear you think you might need. It’s perfectly fine to turn up with a top loading hunting rifle and a simple scope – you’ll still have loads of fun. In the long run however you will find your equipment will need upgrading. Come to think of it – even the world champs are constantly fiddling with their kit.

Match Types
“A number of different types of matches are currently being shot in South Africa. Below, you’ll find more info on these PRS match types.

Club Matches
“Club Matches are a great place to start shooting Precision Rifle Series as the scores don’t count for any series placing, there is no perceived pressure, rounds counts are not very high, and they often have really generous stage times.

Provincial Matches
“One-day Provincial Matches are also great place to start shooting Precision Rifle Series, and are very similar to Club Matches, but have a slightly higher round count usually in excess of 60 rounds.

“Most importantly, points accrued on these matches count towards earning your place in a Provincial Team and earning Provincial Colours.

National Matches
“Our two-day National Matches are recognised worldwide as Precision Rifle Series points race matches. In these matches, competitors are able to earn PRS points and compete towards earning one of the coveted places on the South African ‘team’ that competes at the PRS Finale in the USA.

“National Matches are designed to challenge every aspect of Precision Rifle Series competition. To be successful in these matches, shooters need to have expert ballistic calculation abilities, know their equipment very well, and be able to solve complex positional shooting challenges under severe time pressures. Winning this style match places you among a very elite group of long-range riflemen.” – precisionrifleseries.co.za/